Where Did Commerce Group Get the Money?

Where Did Commerce Group Get the Money?

The last anyone had heard was that the Milwaukee based mining company Commerce Group was struggling to come up with the $150,000 to pay for the appeal proceedings in their case against the Salvadoran government.  As July 19th, the payment deadline established by the tribunal hearing the case, drew closer and there was still no news of Commerce Group’s payment, it seemed that the case was all but over.

However, much to the surprise of those following the case, Commerce Group managed to scrape together the cash and paid the International Centre for the Settlement of Investment Disputes (ICSID) on the day of the payment deadline, according to government officials in El Salvador.  Four days later the ICSID announced that the case would resume.

The question then becomes where did the Commerce Group get the money to continue?

In November of 2011 the company sent a letter to the ICSID claiming they were unable to pay the relatively small fee and even had the nerve to ask that ICSID force the Salvadoran Government to pay for almost $70,000 of their costs, claiming the Government owed them money from overpaid taxes and a security deposit on rented property.  The company has not reported any income since the year 2002 and has been scaling down their operating cost over the years, presumably as their finances dwindle.  Therefore, if the company really is in the dire straits that they claim and their finances seem to indicate, where did the last minute bail-out come from?

The Commerce Group began their suit against the Salvadoran Government in 2009, demanding $100 million in compensation from Salvadoran taxpayers.  Even though there is ample scientific proof, including a recent study by the Ministry of the Environment showing cyanide and iron contamination in the local water, Commerce Group claims that the Salvadoran government is violating their rights as investors by denying them their permits.  This case has drawn international attention as an example of the dangers of investor-state clauses in free trade agreements and the Midwest Coalition against Lethal Mining called the lawsuit “a cynical attempt by an unsuccessful company to exploit international trade agreements to make money which they have been unable to make by legitimate means.” 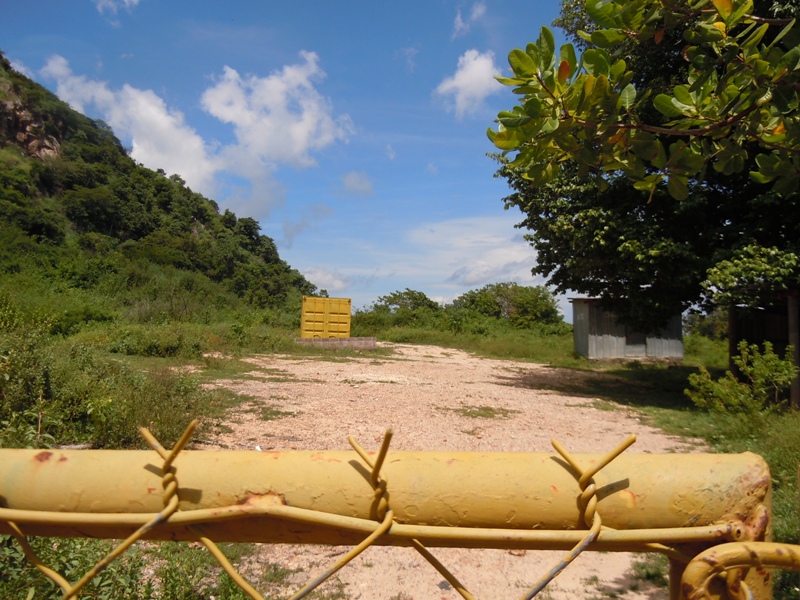 A Recent Photo of the Abandoned CG Mine Site