El Salvador is among the ten most vulnerable countries in the world due to its geographical position and environmental conditions such as deforestation, limited access to water and human commercial activity.

These conditions have left as a legacy the pollution that magnifies the impacts of climate change and worsens the living conditions for the population that suffers its consequences.

Faced with these threats, the Association for the Development of El Salvador (CRIPDES) and the Office of the Prosecutor for the Defense of Human Rights (PDDH) announced a Follow-up Report to address the impacts of the San Sebastián Mine, located in the municipality of Santa Rosa de Lima, department of La Unión.

A few weeks after the first anniversary of the mining ban in El Salvador environmental activists in the country are wondering how long before the ban is overturned.

The ban approved with all party support in March 2018, was celebrated around the world as a victory of small country that chose to protect the health of its people over the interest of large multinational corporations.  But El Salvador’s volatile political environment and the government´s limited capacity to transform the economy of artisanal miners, a tiny but complex and vocal sub-sector of the mining industry, has many wondering how long before the ban is reversed.

Artisanal mining activities El Salvador are reduced to small number of miners (Guiriseros) that operate in the San Sebastian mine. The mine has been producing gold since 1904 under different modes of ownership.  The latest venture was led by Milwaukee based company Commerce Group which exploited the mine on and off between 1985 and 2006. The company abandoned the mine in 2006, but still holds title to the land where an estimate of 300-500 artisanal miners currently operate.

In 2006 the Ministry of the Environment (MARN), pressured by public outcry, suspended an exploitation permit extended to the company and asked for an environmental remediation plan to deal with a permanent leak of acid drainage that affected the local river and underground water sources in the community.  Instead of responding to concerns raised by the public, the company sued the government of El Salvador, first in local courts and later at the International Centre for the Settlement of Investment Disputes, ICSID, for $100 million US dollars.

Little has changed in the community since Commerce Group Corporation (CGC) abandoned mining operations in  El Salvador in 2006 after its mining permits were revoked. Despite losing the permits for failing to meet environmental standards, CGC sued the Government of El Salvador to continue mining in the region. CGC lost its legal disputes against the government with the final ruling handed down in 2013. 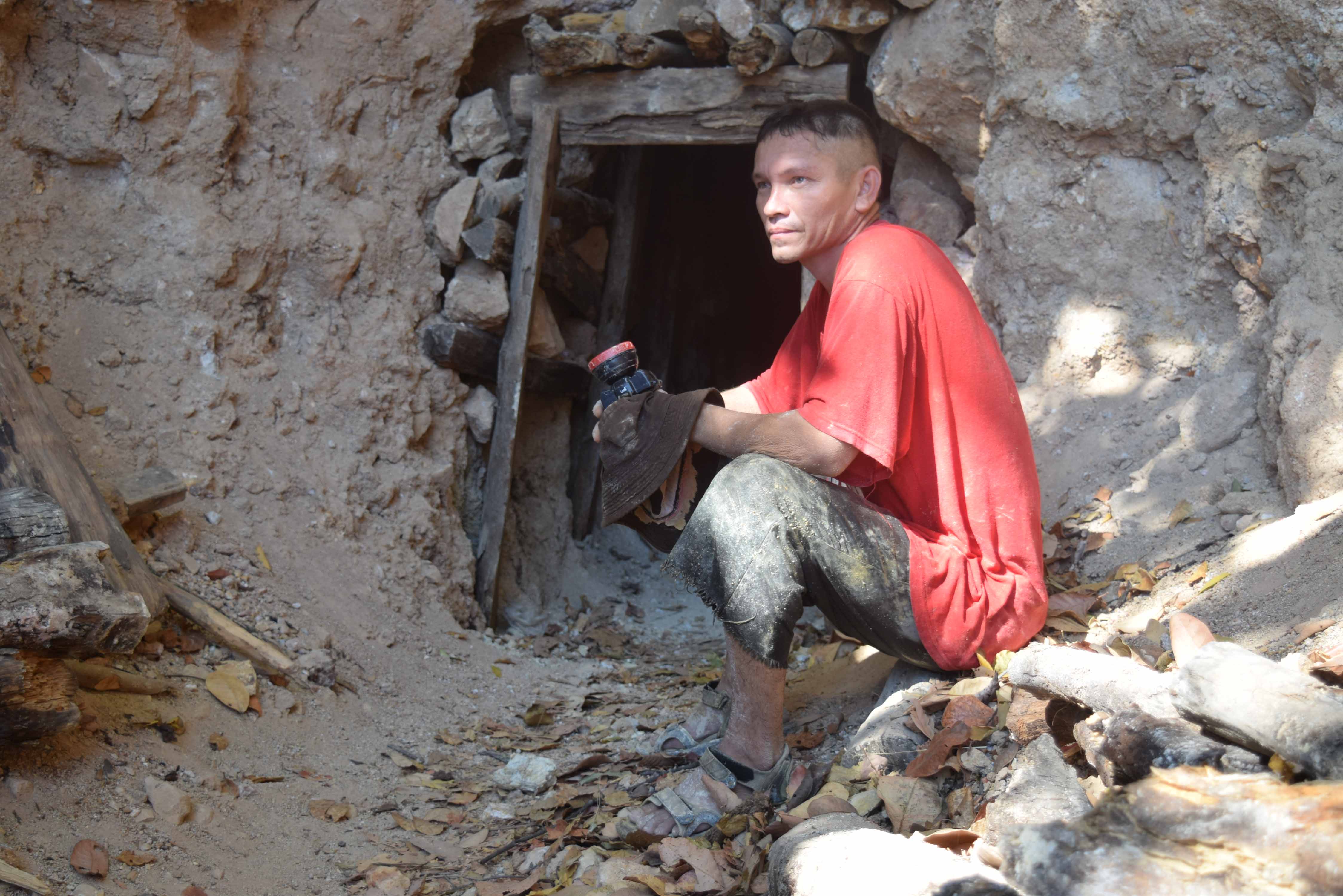 Recently, the Attorney for the Environment from the Office of the Attorney for the Defense of Human Rights (PDDH) visited the community of San Sebastian in the Department of La Union. The visit was a follow up to the PDDH’s 2016 Special Report in which they laid out binding recommendations for the company and government institutions responsible for remediating the   contamination in San Sebastian. Key recommendations were related to cleaning up the contaminated river, providing community health and access to potable water, testing for health impacts on the local population and providing economic alternatives to artisanal mining.

Commerce Group Mining Corporation required to pay for environmental clean up of the San Sebastian mine.

The Attorney for the Defense of Human Rights released a Special Report on the toxic legacy of the San Sebastian mine and the impacts on the human rights of the affected populations. 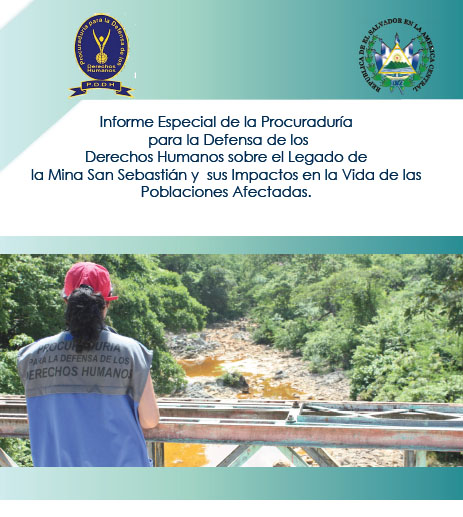 The Special Report, written by an international multidisciplinary team of experts in human rights and international law, hydrology and economics, concludes that the San Sebastian mine has instituted a negative legacy of mining in the broadest sense and recommends a series of actions aimed at remedying the damage to ecosystems,  reparation for affected communities and measures to improve the human rights of people that inhabit the area. It urges the approval of a law prohibiting metal mining permanently in the country and demands that Commerce Group Corporation and its subsidiaries finance part of the cost of prevention and remediation of acid drainage resulting from their activities in the area.