“I was born and lived more than half my life in Lepanto, the location of the Lepanto Consolidated mine,” said Chandu Claver, an Indigenous land defender, in a recorded presentation to attendees of the April 19 virtual launch of the International Coalition for Human Rights in the Philippines – Toronto chapter (ICHRP-Toronto).

According to Claver, the Filipino mining company Lepanto Consolidated Mining Corporation has worked closely with the Canadian company Ivanhoe Mines Ltd. over the past 20 years— and the environmental impact of their operations have been devastating.

Peruvian mining companies were among the hardest hit in a broad wave of sales driven by the close presidential race in which Pedro Castillo (Peru Libre), the rural school teacher who promises to redistribute wealth, took a slight advantage over Keiko Fujimori (Fuerza Popular). Peru is a country with 32 million inhabitants.

Vice President Kamala Harris is traveling to Guatemala this week to discuss solutions to the poverty, violence, and corruption that are among the driving forces of migration. Contributing to these drivers are neoliberal arrangements, such as the Central America–Dominican Republic Free Trade Agreement (CAFTA-DR), which have been imposed on Guatemalans. This framework favors the development of large-scale mining and energy projects that are devastating to the well-being of rural communities and Indigenous peoples, while allowing private corporations to sue governments over hard-fought social and environmental protections. 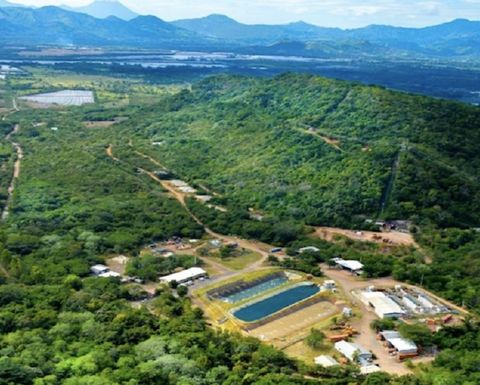 In a series of tweets, in Spanish, The Extractive Industries Observatory (El Observatorio de Industrias Extractivas – OIE) has introduced a thread about the Cerro Blanco mining project in Jutiapa, and its re-opening by Bluestone Resources.

The OIE was created with the intention of contributing data on the extractive industry in Guatemala from an independent perspective. Their intention is to create an information platform with different levels of disaggregated data.

The Cerro Blanco mining project, located in Jutiapa and with almost ten years of no mining activity, is back in the news after announcing its reactivation. Why is it important for us to be informed about this case? We explain more in this first thread:

According to MadreSelva, Bluestone Resources, the company that owns the mine, scheduled a meeting with Cerro Blanco residents on May 1 to announce not only its reactivation, but also a change of plans: the project will change from an underground mine to an open pit project.