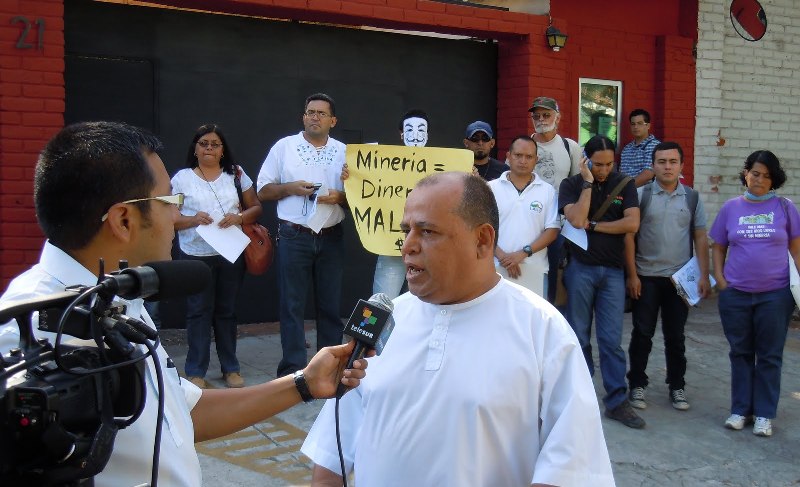 On Friday, February 10th, as the clashes between the government of Panama and indigenous groups facing hydo-electric dams and mining projects on their territory continued, the National Roundtable against Metallic Mining in El Salvador (the Mesa) organized a protest in front of the Panamanian Embassy in San Salvador to express their worry and dismay regarding the situation.  In a press statement representatives from the Mesa said “The Salvadorans organized to resist the advance of the extractive industrial model which preys on the environment, raise our voice in solidarity with the Ngäbe Buglé compañeros who are being repressed as well as to say that their struggle is also our struggle.”

At first the Embassy claimed that there was no one in the building that could receive the letter the Mesa intend to present to the Embassy, and security guards turned away a couple of Panamanian citizens who had come for unrelated immigration appointments.  After calling in at least 15 police officers, the Embassy finally agreed to send the Charge d’Affiares to the door to receive the statement through a hole the size of a cd case.  She told the Mesa that the Ambassador was out of the country on business and said she did not know when he would return. 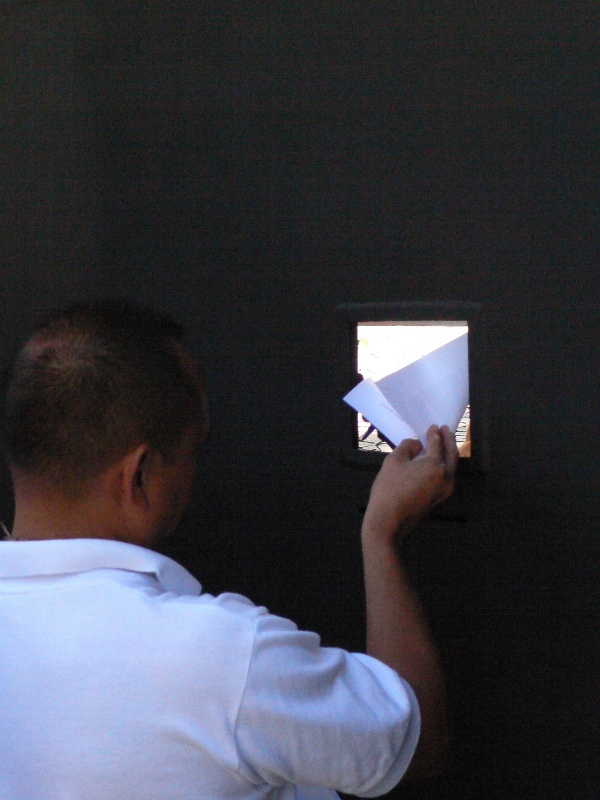 The connection between the Mesa and El Salvador goes beyond just the struggle to stop mining.  They are both facing the same Canadian mining company:  Pacific Rim.  When the company’s El Salvador project became complicated, Pacific Rim began to invest in a project in Panama, however it is not located in the Ngäbe Buglé territory.

The protest in San Salvador wasn’t the only of its kind. Both the Movimiento Mesoamericano contra el Model Extractivo Minero and the Red Mexicana de Afectados por la Mineria issued statements condemning the violence and calling for an end to repression.   There were also protests in Costa Rica and Guatemala during the same week.

The government repression in Panama, which led to two deaths of anti-mining protesters, has contributed to the popularity of the Panamanian President, Ricardo Martinelli, falling 40 points over 11 months.  He recently signed a statement saying he will not run for another term in office.  He was also quoted as saying “If I were Ngäbe Buglé I would be doing exactly the same thing as the brothers from the indigenous territory…because not only this government, but all the government, have ignored the indigenous territory.”

Negotiations continued between the Ngäbe Buglé and the government during the beginning of week of the 13th.  Sources say that they agreed to ban mining, but they are deadlocked over whether or not to allow the construction of hydro-electric dams.  The government is proposing a referendum for the next elections, but the indigenous groups claim that this is just a tactic to get out of reaching an agreement.

More pictures from the Mesa protest and for Spanish coverage of the activity on ">Telesur and the CoLatino.