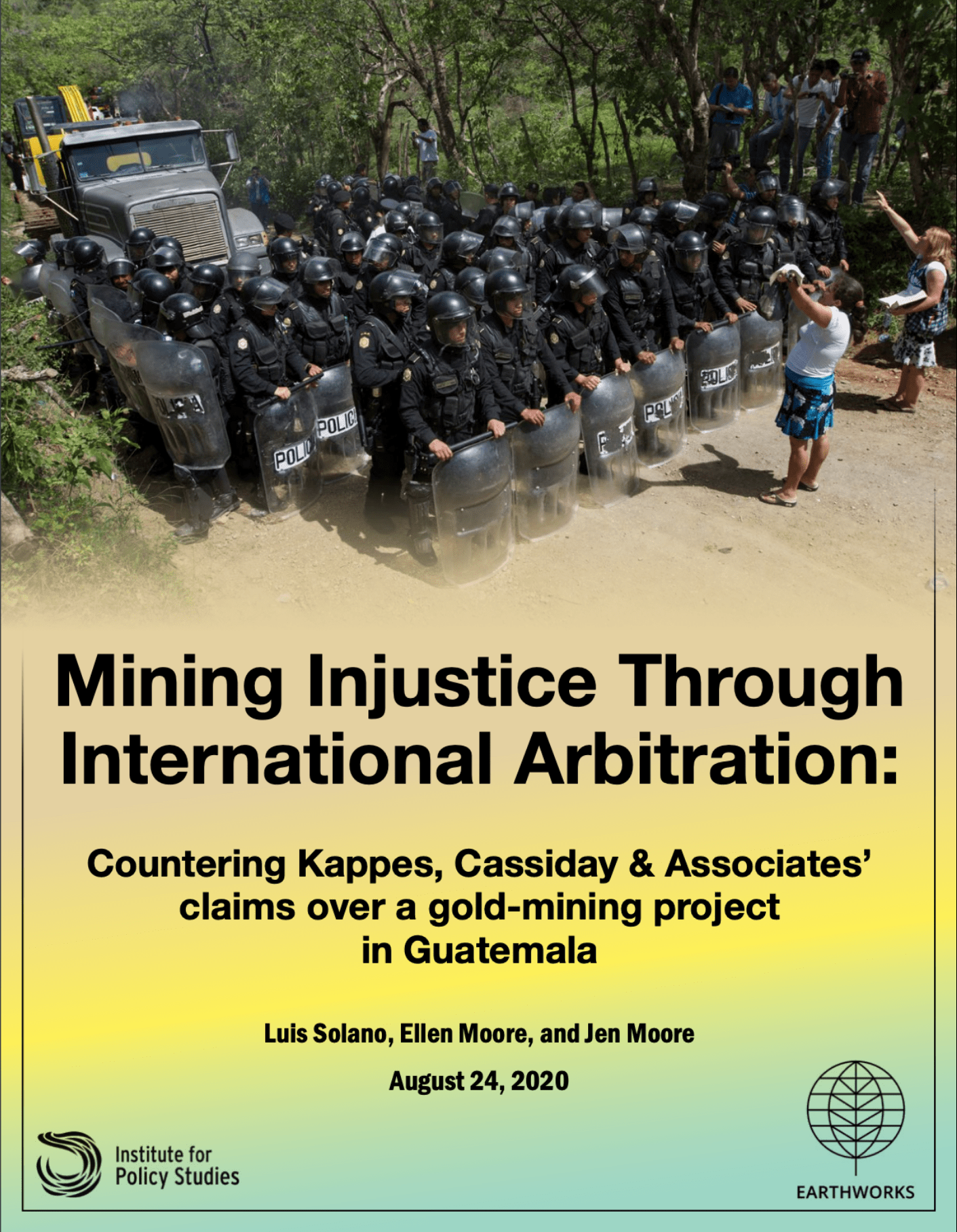 DOWNLOAD THE STUDY HEREAcross the Global South, and especially in Latin America, international mining companies have used a combination of disturbing tactics to forcibly open mining operations in places where communities have resisted them.

First, they resort to repression. Then, if that fails, they sue governments in international tribunals — which can overrule or punish governments that fail to meet the demands of these corporations. Arbitration suits like this are made possible by international investment agreements, such as the Central America-Dominican Republic Free Trade Agreement (CAFTA-DR).

In Guatemala, the U.S. mining firm Kappes, Cassiday & Associates (KCA) relied on repression by private and state security forces to overcome years of local resistance to the El Tambor gold mine. When unwavering community resistance again forced a halt in operations, the company filed a claim in Guatemalan courts complaining the government had failed to protect its investments. The court threw it out.

But now, KCA is using the unjust, international arbitration system to strong-arm the Guatemalan government into green-lighting the unwanted mine — or compensate KCA for hundreds of millions of dollars in unearned profits.

In its $400 million claim, which is currently proceeding at a World Bank Group tribunal, the Nevada-based KCA argues that the Guatemalan government failed to provide adequate protection for KCA’s investment against local resistance. But KCA’s claim omits evidence of how violent police repression against peaceful protestors was used to open its mine.

This report exposes the misrepresentations and omissions in KCA’s claims to the International Center for Settlement of Investment Disputes (ICSID), while highlighting the inherent injustice in the supranational Investor State Dispute Settlement system (ISDS).

The report findings demonstrate that: