Mining is not ‘recovery’ 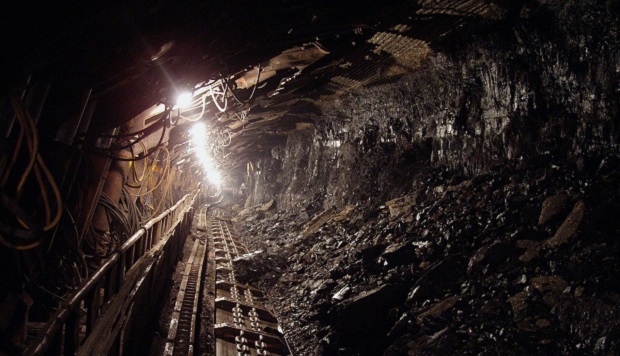 In the name of “recovery” from the pandemic, the Philippine government has opened up mining opportunities in the country, with the President recently lifting the ban on new mining agreements. On the heels of his order — EO 130 — came two announcements for the renewal of two agreements with large mining corporations: OceanaGold in Didipio, Nueva Viscaya, and Sagittarius Mining Inc. (SMI) in Tampakan, South Cotabato.

These developments are disconcerting, for they are the exact opposite of what “recovery” should look like. If there’s anything this pandemic has taught us, it is that our environmental and human health are inseparable, and our abuse of nature will come to haunt us, not least in the form of viral outbreaks caused by our exploitation of animals, plants, and their habitats. Whatever short-term economic benefits to be had from mining (and studies show these never go to the affected communities), this remains a losing proposition when we consider its costs to our nation: finite natural resources, biodiversity, and cultural heritage.

These are invaluable and incalculable, certainly not for one generation to gamble with at the expense of others to come. What nature worked on and harnessed to develop in millennia will be gone in 25 years (the lifetime of a “Financial and Technical Assistance Agreement” for mining projects in the Philippines).

Consider the case of two corporations whose mining agreements are being renewed.

OceanaGold’s 25 years of operation in Nueva Vizcaya has resulted in the degradation of rivers, loss of livelihood, and numerous health hazards for community members. At some point, the Commission on Human Rights stated that the demolition of the houses of the community members to make way for mining consisted of human rights violations. The provincial government has time and again declared its opposition to the mining operation. As Nora, a Tuwali-Ifugao, laments, “The mountain I used to see is no longer there. All I see now are rocks and an open-pit mine that’s getting deeper and deeper.”

Meanwhile, should Sagittarius (SMI) be allowed to push through with the Tampakan Copper and Gold Mining Project’s, the same fate awaits the peoples of Southern Mindanao. The project will potentially impact five major river systems: Buayan, Taplan, Padada, Alip, and Manteo, and as the rivers flow, the impacts will be felt in Ligawasan Marsh, one of the largest wetlands in the country, and further downstream to Davao Gulf and Sarangani Bay, affecting numerous terrestrial and marine species.

Of course, humans and their livelihoods will be affected, too: The clearing of thousands of hectares of forests for mining will certainly put the affected provinces at risk of flash floods and landslides, and will impact communities—indigenous and non-indigenous—that depend on these natural resources for their income and cultural practices.

Precisely because of these consequences, South Cotabato’s Environmental Code bans open-pit mining, but this provincial ordinance is under threat as it is currently being “reviewed” by the Sangguniang Panlalawigan, notwithstanding a court decision upholding it as in line with the mandate of the Constitution for a healthful and balanced ecology.

We are made to forget the nature of the beast, and we are made to think that the pandemic is a “state of exception” that allows us to let go of our environmental stewardship, our sense of social justice. But corporations are not development organizations, just as, lamentably, our current government is no visionary institution that cares for the long-term sustainability of our country. Couching mining projects as part of a “recovery” plan should not distract us from their real intentions and grave environmental and social impacts.

Insidiously and insolently, the Duterte administration is reducing nature to a commodity—a thing to be consumed, a means to a capitalist end. Reflective of a typically patriarchal, exploitative, and extractive mode of doing business, its mining policy will hasten not our recovery, but our environment’s destruction. Hence, it is one that the Filipino citizenry must forcefully reject, before it is too late.

Efenita Taqueban is an anthropologist, lawyer, and environmental advocate with the Legal Rights and Natural Resources Center. Gideon Lasco is a physician and anthropologist who has conducted research on forest conservation efforts in Luzon and Mindanao, and is an Inquirer columnist. They are both faculty members of the Department of Anthropology in UP Diliman.