Environmentalists commemorate the 11th anniversary of the murder of Marcelo Rivera

On July 11th, environmental justice activists in El Salvador commemorated the 11th anniversary of the 2009 assassination of Marcelo Rivera, a community cultural activist and water defender from the small town of San Isidro, Cabañas, who died due to his relentless opposition to the El Dorado mining project, owned by Canadian Pacific Rim/Oceana Gold mining company.

The death of Marcelo, whose body was found inside an abandoned water well with signs of torture reminiscing of the brutality of the Salvadorian civil war, sent shock waves through the national and international anti mining movement and a clear message to local water defenders that pro-mining interests were willing to go beyond typical criminalization tactics to have the mining project up and running.  But far from intimidating anti mining activists, Marcelo´s murder galvanized an international movement led by local communities determined to push the company out of Cabañas, have the World Bank rule in favor of El Salvador in a lawsuit brought forwards by Pacific Rim, and have El Salvador set up an example around the work as the first country to completely ban metal mining activities in its territory.

After a 12 twelve year campaign, metallic mining was banned in El Salvador in March 2017, but the struggle of Salvadorean anti mining activists is far from over. Vidalina Morales, president of the Santa Marta Association for the Socioeconomic Development of El Salvador – ADES, stated that “11 years after the brutal assassinations, motivated by the greed of a mining company and covered up by state impunity, we still demand justice and reparations for all the martyrs. We know the death of Marcelo and later Ramiro and Dora was important to inspire our struggle, but we would have liked to achieve our victories against the mining threats without having to pay with their lives”

Besides the demand for justice and reparations for the victims of violence in Cabañas, Luis Gonzales, representative of the National Roundtable against Metallic Mining, mentioned other demands from environmentalists to government authorities: “the technical closing of abandoned mines, the closing of artisanal mining operations that are currently operating illegally in the country, and policies to deal with the threat of contamination from mining projects located in the borders of Honduras and Guatemala”.

Environmentalists are also concerned about the possibility of repealing the mining ban due to a current balance of power that favors pro-business political parties at the Legislative Assembly and at the Executive level, environmentalist have witnessed the deterioration of environmental regulations under the Government of president Nayib Bukele.

“We want to take this moment to reflect about how to keep a spirit of struggle in defense of the environment, today more than ever, as it is evident that these moments of crisis are more difficult for those who live vulnerable lives. That is why we commemorate the life Marcelo, and demand restorative justice for him, Dora and Ramiro, so that their seed harvest the fruit of justice and equality in our communities” said Vidalina Morales.

VIDEO: John Cavanah, director of the Washington based Institute for Policy Studies, speaks about the inspiration of Marcelo Rivera in the global struggle against mining corporations and the formation of the International Allies against Mining in El Salvador.

MIGUEL RIVERA: We need the truth about intellectual authors 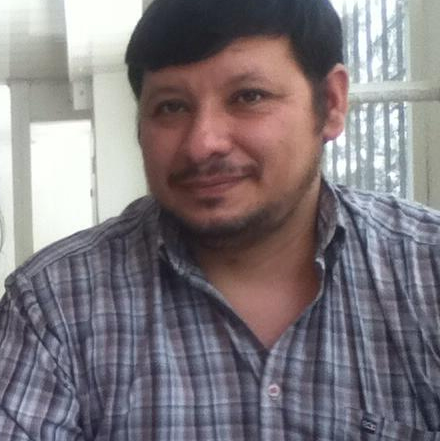 Good morning to all. Thanks to the comrades from ADES, from the National Roundtable against Metallic Mining, and those who accompanied us in solidarity in Washington and in other parts of the world in the process of resistance and search for justice in the case of Marcelo

From that effort, at the national and international levels, it was possible to have El Salvador as the first country that prohibits metal mining on the planet. It was an important achievement. But we still have pending debts at the level of justice in El Salvador and one of those has to do with the truth, we have to know the truth. We know that there was a legal process in which some people were arrested and sentenced as the material authors of Marcelo's death, but it is necessary to know the truth about whom the intellectual authors were.

Today, we are pleased to know as a family that the legacy of Marcelo's struggle transcended, that its seed germinated and that it goes beyond the borders of El Salvador. But something that also gives us satisfaction is to know that sooner or later justice will come and that the truth will be known, as we are seeing today in Spain as the trial of the 1989 assassination of six Jesuits takes place, we now see the statements of high level military commanders who are finally telling the truth. We also see hope as a family, as we realize that the struggle and the legacy of Marcelo has transcended beyond the borders of the town of San Isidro in the many that have made our struggle their struggle.

We fight not only for the vindication of the right to a healthy environment, but the right to seek truth and reparations, for us it is very important to know the truth of who was behind this. Those who thought that by taking Marcelo's life they were going to stop the resistance were wrong. On the contrary, their actions made our struggle more determined.

At this time we must call on the authorities to know that as a people and family we do not forget and that we have will continue to demand the truth, and we know that we must continue to advocate to ensure that Marcelo’s death is not forgotten, and to ensure that the intellectual authors are brought to justice.

It is gratifying for me to see these days, publications and communiqués that commemorate the life of Marcelo, circulated among community leaders, social workers and young people whose parents may not have been supporters of the anti-mining resistance, but who now celebrate his legacy in San Isidro, particularly the building of Cultural Community House that is one of the first achievements of the work that Marcelo initiated in the municipality.

Thank you for joining us in keeping that hope alive and in keeping Marcelo's memory alive.

I want to send a very strong greeting from the United States, from IPS in Washington IPS, to El Salvador, on this very special occasion in which we remember our Brother Marcelo Rivera. And I want to say that it is a real honor for me to participate in this commemoration. And to be with Miguel and all of you.

Marcelo, whom we did not have the honor of meeting in person at IPS, is nevertheless the soul of this history of local resistance, national unity and international solidarity. However, we met him, in many ways, initially when 5 members of the National Table against Metallic Mining in El Salvador, including his brother Miguel, and Vidalina here present, came to Washington in 2009 to receive the international award of Rights Human, Letelier-Moffit. The award that the IPS gives each year in honor of these two fighters Orlando Letelier and Roni Moffit killed by Pinochet with a car bomb in Washington in 1973.

Like the other fallen environmentalists in this fight, Marcelo leaves us a legacy with great lessons: That we can never forget how important powerful stories are rooted in local realities, and how they defend the most basic and important things for life, as water is, it is a powerful and unifying force. We have also learned how relationships based on trust and love for the future of our planet are the backbone of the most effective and lasting alliances, such as the one we continue to have.

While international groups should never have a place to dictate political strategy to local actors, this campaign, started by Marcelo, showed the very effective ways of applying many mechanisms of political pressure at the international level and the crucial role in leading these local struggles to the countries of origin of the corporations and institutions involved, in this case Pacific Rim and Oceana Gold. From Canada to Australia.

From not only the IPS, but the entire set of allied organizations in many countries, - in the United States, Canada, Australia, various countries in Europe, and of course in Latin America -, from all these organizations, which we call ourselves International Allies Against Mining in El Salvador we reiterate not only our support, but we request the support of you, organizations of the National Table against Metallic Mining in El Salvador, so that your fight continues to fuel many other struggles in Central America, in Latin America and in the world, because as you know even in the Philippines they are nourished by you and by that collective voice initiated by Marcelo. As you know, there are dozens of demands at ICSID on countries by extractive companies, for billions of dollars. Just as El Salvador defeated Pac Rim, we need your support for many other cases.

Our support is not from the top down, as international cooperation traditionally operates, but together. In both directions. We are allies in the global fight for the social and environmental justice that is increasingly necessary.