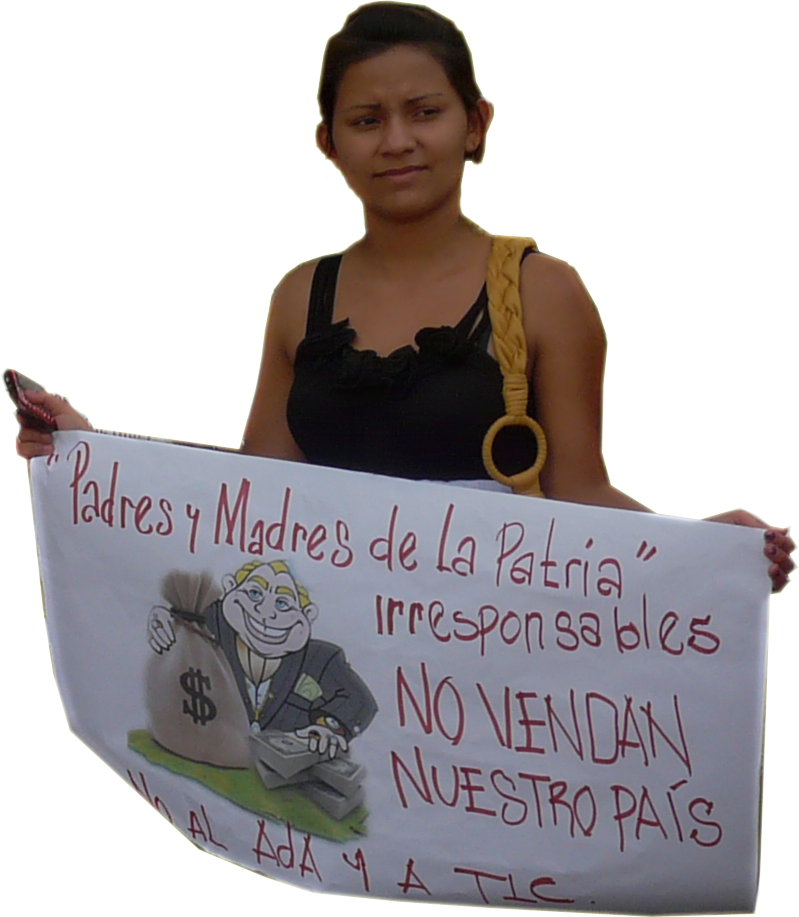 Following up on a request made to the Legislative Assembly in July 2012, members of the National Roundtable Against Metallic Mining visited the Legislative Palace this morning to demand the non-ratification of the Association Agreement with the European Union (AdA). Environmentalists and social activists handed copies of the letter to the commissions of Economy and Foreign Affairs.

The National Roundtable Against Metallic Mining represents communities, religious and social organizations and nongovernmental organizations, who believe the AdA pose a threat to labor, environmental and human rights of the Salvadoran population.

The letter delivered today to the Legislature claims that the AdA subordinates bilateral political debate and international cooperation to market performance. "The AdA will change the traditional relations between the two regions on issues of cooperation and political debate as foreign aid funds will be channeled into market development mechanisms, support for business and strengthening state capacities to enhance the viability of trade agreement, "says the document.


The letter also makes reference to the continued limitation to the ability of the Central American countries to define their own strategies for development and economic integration. "As demonstrated with the FTA with the United States, these agreements place corporate interests over the interests Central American people. Current lawsuits from transnational mining corporations seeking to extort hundreds of millions of dollar from our country under the ICSID are the best example of this. " the letter says.

The specific demands of the National Roundtable Against Metallic Mining to the Commissions of Economy and Foreign Affairs are:

1. To develop a serious public debate, open and inclusive to not repeat the illegal ratification of CAFTA-DR, which was ratified without providing the opportunity to be read by all members of the legislative assembly.

2. To not ratify El Salvador as part of the Association Agreement between Central American countries and the European Union.

3. To summon a Legislative Commission to consider the options of not ratification.