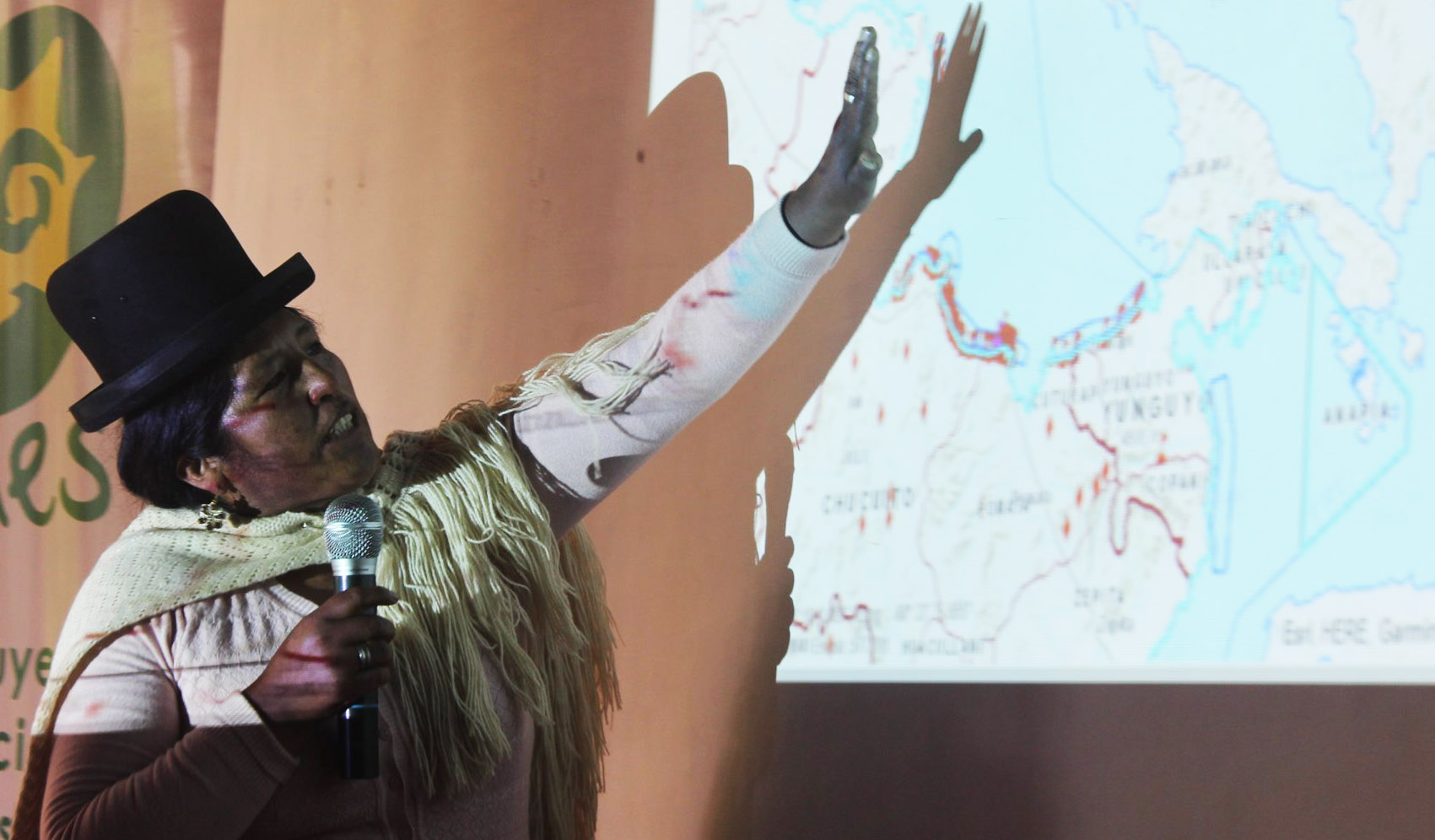 Yolanda Flores, DHUMA: more than 80% of the Peruvian territory has been concessioned to mining activity. Photo: ACAFREMINSan Salvador - Representatives of indigenous communities, social movements, environmentalists and human rights defenders gathered in El Salvador to participate in the IV Regional Meeting of the Central American Alliance against Mining -ACAFREMIN.

The meeting aimed at strengthening the dialogue, knowledge exchange and analysis of the impacts of the extractive industries in the CA4 region, particularly focusing on: 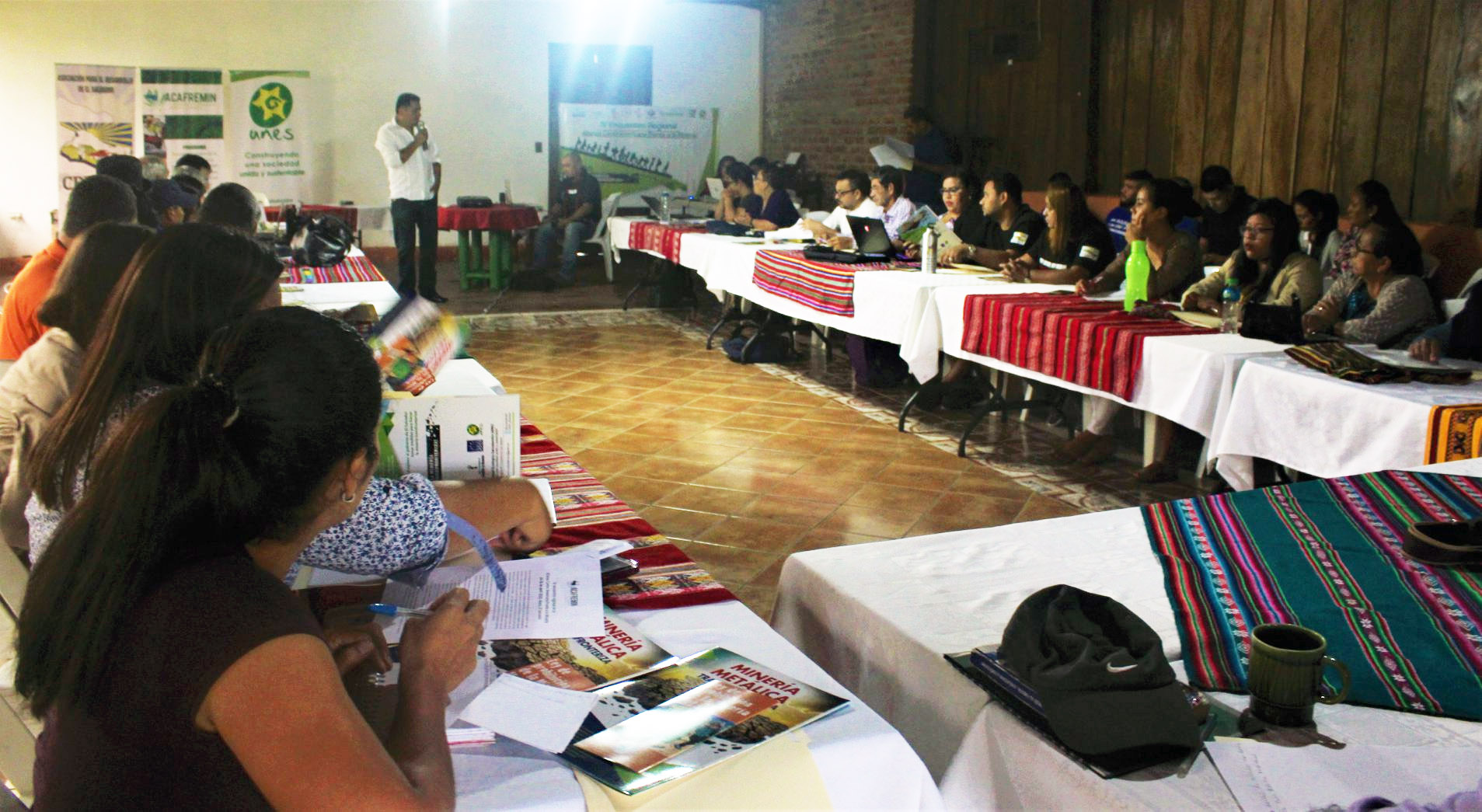 During the meeting, participants concluded that allocations regimes for extractive projects operating in the Central American region are ridden with corrupt administrative proceedings that benefit of local subsidiaries of foreign multinationals to the detriment of the constitutional guarantees of local populations and the rights of nature. These violations manifest in the displacement of entire communities, destruction of biodiversity, political persecution, judicialization and criminalization against community leaders who oppose mining projects.

“The criminalization against land defenders and community leaders has been the government´s response of our struggle for the defense of water, biodiversity and life itself,” said Vidalina Morales of the Association for the Economic Development of El Salvador, ADES.

Most human right violations are committed with the explicit support of local governments who place the legal and repressive institutions of the states at the service of multinational corporations to ensure the application of commercial laws that guarantee investor rights.

"The dominance of investor rights has deteriorated the capacity of local democratic institutions to regulate extractive industries in all phases of operations. In the end, corporations have captured the states to leave only a trail of destruction, poverty and disease with no resources to remediate the damages caused," Said Pedro Landa of the Honduran Jesuit organization, ERIC. 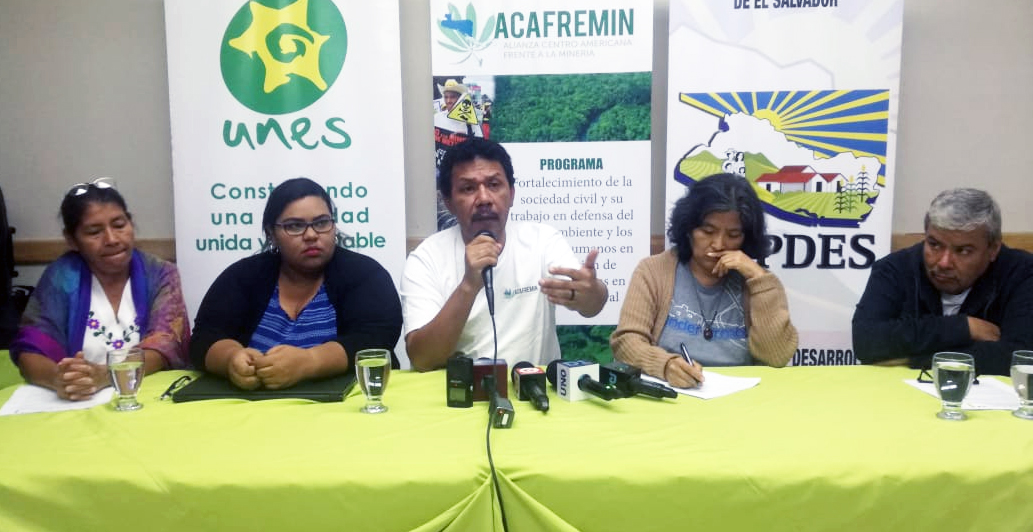 Press conference denouncing the lack of regulations to supervise the abandonment of polluted mines by unscrupulous companies. Photo: ACAFREMIN

Beyond the Central American borders, participants from Peru, Bolivia and Haiti shared their perspectives on the constant mobilization for the defense of natural goods and proposed strategies for extending long term collaborations with antimining coalitions of Central and South America.