As the February 2nd presidential elections in El Salvador quickly approach, environmental activists are stepping up pressure on candidates to address issues relating to the country`s precarious ecological balance.

Despite the environmental crisis facing El Salvador, there are few environmental proposals in the official government programs presented by the leading parties (FMLN, ARENA, and UNIDAD). 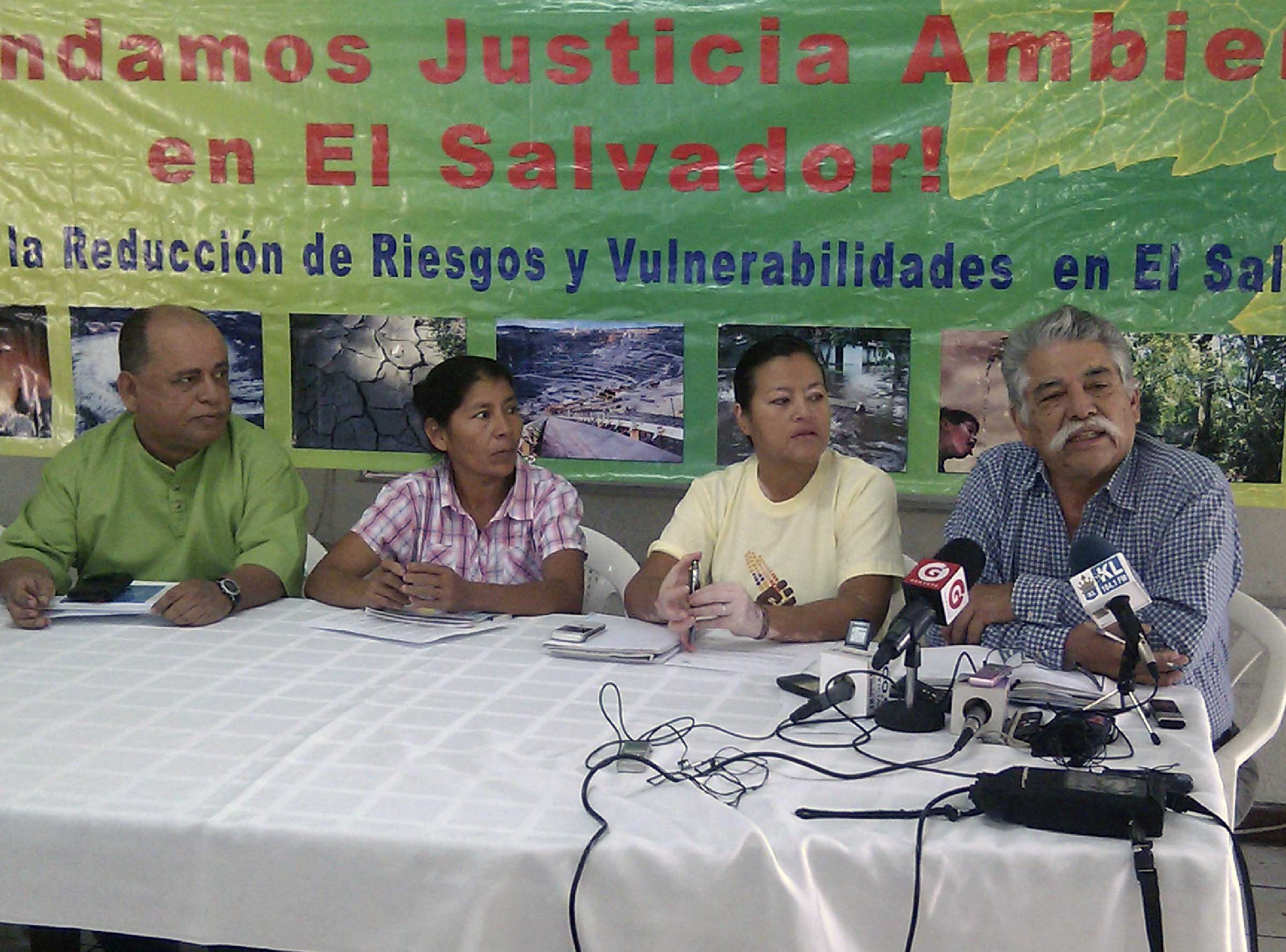 "We are concerned about the exclusion of environmental issues on the agendas of all presidential candidates and political parties participating in the current electoral campaign" states a press release by the Environmental Alliance of El Salvador. "We are also alarmed by the lack of discussion on the threats posed by large scale metal mining projects, the negative impacts of the indiscriminate use agro toxics, and the vulnerability to natural disasters that threaten the lives of all Salvadoran families” continues the Jan 09 statement of the coalition of diverse environmental groups that came together in late November 2013 to advocate for a unified environmental agenda for El Salvador.

A growing body of scientific evidence suggests that El Salvador could be heading towards an environmental crisis if drastic measures are not taken to reverse environmental degradation caused by pollution, deforestation and the chronic dependence on carbon fuels, pesticides and other agro toxics. In 2010, a water quality study on surface water resources conducted by the Ministry of the Environment and Natural Resources-MARN concluded that only 2% of the country`s surface water had good conditions for the growth of aquatic life. The rest of water was found to be in a state that delays or inhibits the development of life: 65% in regular condition, 27% in bad condition and 7% poor condition.

A concern often cited by environmentalists is the growing social vulnerability to extreme weather phenomena caused by continued environmental degradation. The country placed number four in a 2012 report by German Watch of the 10 countries most affected by climate change. The report further claims that El Salvador is often featured on the list due to its frequent exposure to the impacts of the Atlantic hurricane season. Another report by the Global Facility for Disaster Reduction and Recovery claims that almost 90% of El Salvador is presently at risk to extreme weather phenomena, 95% of the population live in risk zones and 96% of Salvadoran gross domestic product (GDP) is produced in risk zones.

With evidence at hand, environmental organizations have been busy mobilizing in the months leading up to the start of presidential campaign to raise awareness about El Salvador’s precarious environmental situation and push for policy changes. Different sectors of the movement carried out several marches that mobilized tens of thousands of people. Three pieces of legislation, the Special Law to Prohibit Metallic Mining, an updated General Water Law, and Legislation Sustainable Food access, have been introduced to the legislative assembly, with support of the FMLN, to pressure legislators to discuss environmental concerns, and to push political parties to take a policy stand on these issues.

Other high profile social leaders in the country also weighed in on the issues. Archbishop José Luis Escobar, head of the Catholic Church who is often quoted in the Salvadoran press expressing his opposition to mining projects, delivered a pre-emptive message for all candidates two months before the official start of the presidential campaign. During his Sunday press conference, on Aug. 18, he expressed his wishes that the winner of the 2014 presidential election would keep the current moratorium on mining.

In November 2013, newly appointed Human Rights Ombudsman for the Defense of Human Rights, David Morales, also announced that his office would continue to make environmental defense issues a priority and renewed calls for the executive and legislative levels of government to enshrine the rights to food and water in the constitution and to take measures to avoid further environmental degradation by extractive industries which have the potential to undermine human rights.

"The threat of extractive industries to our water resources has transcended our borders, and government authorities must invest efforts to seek peaceful solutions to conflicts these may cause and to avoid negative consequences to the life, health, and environment of the people of El Salvador," read the statement.

Morales’ declaration also acknowledged the important work diverse environmental movements are doing to raise awareness on these issues and to demand legislation to ensure environmental sustainability.

Inspired by the support from the Human Right Ombudsman and his call for civil society to continue to "demand solutions to environmental problems facing the country", members of different environmental organizations, including the National Roundtable Against Mining, the Roundtable for Food Sovereignty, The Movement Against Death Projects, and the Water Forum, came together to form the Environmental Alliance in order to collectively demand action from political parties on environmental issues.

But as the campaigns of the major parties have unfolded, issues related to the 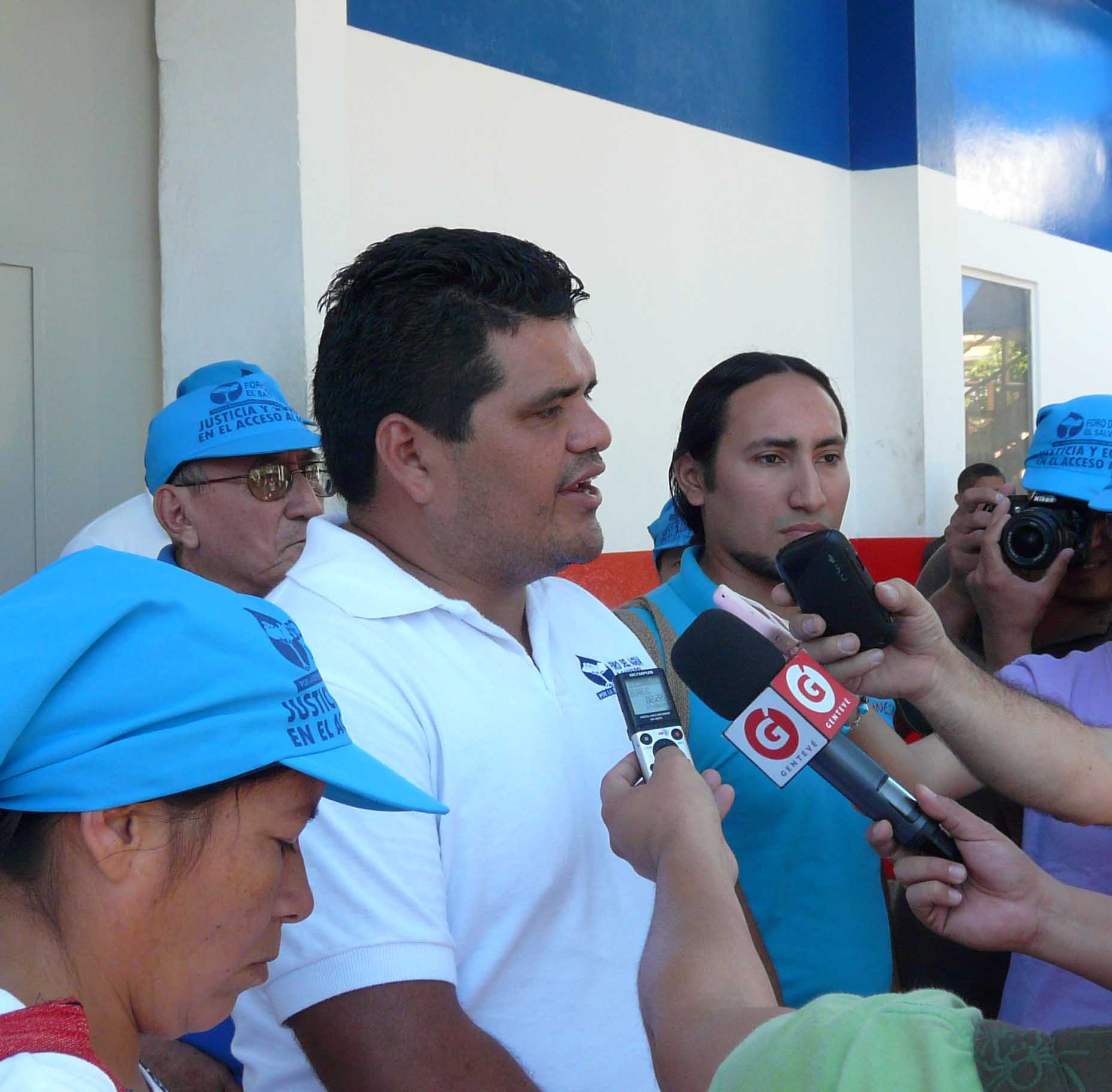 economy, public safety, and corruption of previous governments have dominated the public debate, while critical environmental issues affecting thousands of communities and millions of people in El Salvador have taken a back seat. A presidential forum on the environment scheduled for the middle of January was actually cancelled due the lack of interest on the side of the presidential campaigns. In response, environmental organizations organized a noisy car caravan through San Salvador to deliver petitions to the campaign offices of the political parties. The petition letter included demands for the parties to include in their political agendas "clear proposals for the management of a sustainable water supply, food security and support for the agricultural sector, comprehensive environmental risk management policies, and a commitment to end the threat of mega mining and hydroelectric projects."

With the elections just a few days away, environmental leaders are already re-aligning their strategic alliances to continue to press the incoming government on sustainable environmental policies. But the strongest push for change may come from nature itself. A recent epidemic of deaths related to kidney disease among Salvadoran farmers who live in the coastal regions has government officials scrambling to explain the source of the disease, and the December evacuation of thousands of residents in the department San Miguel due to activity in the Chaparrastique volcano are painful reminders that environmental vulnerability is a reality in all aspects of life in El Salvador. Independently of the political party that wins the upcoming elections, the next president of El Salvador would be wise to make substantive progress on the environmental agenda or face a population increasingly frustrated by the lack of action from its elected representatives.