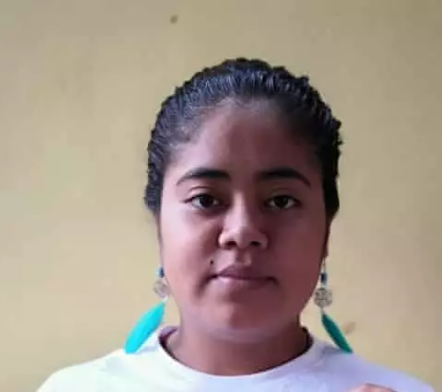 The Guapinol community, on the country’s north coast, has become militarized in an effort to defend the river that supplies it. Gabriela Sorto has not seen or spoken to her father in six months, since the Honduran government’s draconian Covid-19 measures banned most travel and prison visits.

Porfirio Sorto Cedillo, a 48-year-old builder and farm worker, is one of eight protesters held in pre-trial detention since 2019 for alleged crimes linked to their opposition to an iron oxide mine which threatens to contaminate their water supply. Five more water defenders from Guapinol, a small low-income community on the country’s north coast, could also soon be sent to jail.

The massive open pit mine, owned by one of the country’s most powerful couples, was sanctioned without community consultation inside a protected national park in a process mired by irregularities, according to international experts.

In response to criminal complaints filed by the company Inversiones Los Pinares, 32 people, including one man who died three years before the alleged incidents, have been charged with multiple offences and the community’s grassroots group falsely accused of ties to organized crime.

The community has been militarized, and its leaders subjected to threats, harassment and smear campaigns. Several residents fled, seeking asylum in the US to escape criminal persecution, in a case widely condemned by lawyers, rights groups and US and European lawmakers.

“My dad has been jailed for defending a river which gives our community life, for trying to stop the exploitation of natural resources by rich companies who the government helps to terrorize us,” said Sorto, 28. “Every day that passes we know less about him. He’s weak, he’s had Covid symptoms, we worry about his health and safety in the prison.”

Honduras became one of the most dangerous countries in the world to defend natural resources and land rights after the 2009 coup ushered in an autocratic pro-business government – which remains in power despite multiple allegations of corruption, electoral fraud and links to international drug trafficking networks.

Since then, hundreds of defenders have been killed, and many others silenced as a result of trumped-up criminal charges.

According to a recent report by the UN Working Group on business and human rights, the “root cause of most social conflicts [in Honduras] is the systematic lack of transparency and meaningful participation” of communities affected by the exploitation of natural resources.

The highest-profile victim was the indigenous defender Berta Cáceres, who was assassinated in March 2016 after suffering years of threats and harassment linked to her opposition to an internationally funded dam.

More recently, the Guapinol case and the forced disappearance of land defenders from the Black indigenous Garifuna community have triggered widespread criticism.

Guapinol is a semi-rural neighbourhood in the fertile, mineral-rich Bajo Agua region, where for years subsistence farmers and indigenous Hondurans have been forcibly displaced, criminalized and killed in conflicts with powerful conglomerates over land and water.

The current struggle dates back to 2011 when the Botaderos mountain was declared a National Park by Congress, mandating protection of water sources which serve more than 42,000 people, including the Guapinol river.

Yet the following year, Congress reduced the park’s no-development zone to accommodate the mine, owned by Lenir Pérez, a businessman previously accused of human rights violations, and Ana Facussé, daughter of the late palm oil magnate Miguel Facussé , a major political powerbroker who before his death in 2015 was accused of land grabs, violent repression and links with drug traffickers.

Over the next few years, mining permits were issued and road construction began even as communities filed legal complaints, held protests and pleaded with officials to protect the rivers, records show. 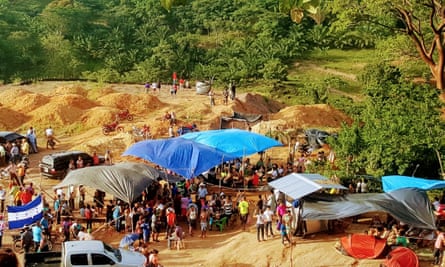 In March 2018, shortly after the company started widening a road within the national park, the tap water in Guapinol turned chocolate brown and thick with muddy sediment. Residents were forced to buy bottled water to drink, cook and even bathe after children began suffering from diarrhoea, while some adults reported skin complaints.

“They ruined our river … We couldn’t use water for anything, that’s why we organized, that’s our struggle,” said Juana Zúñiga, 36, whose husband José Abelino Cedillo, a 36-year-old barber, is also imprisoned awaiting trial.

A peaceful protest camp to oppose the project was met with violence. On 7 September 2018, one young protester was shot and seriously injured when scores of armed security guards working for the mine attempted to evict the camp. The incident was never investigated.

Meanwhile, judicial authorities issued arrest warrants for protesters linked to the disputed events of that day, and an earlier attempted eviction of the camp.

A recent investigation by the International Human Rights Law Clinic at the University of Virginia concluded: “This case falls in line with a pattern of violence, harassment, and intimidation directed towards human rights defenders in Honduras … illustrating the government’s tendency to favor economic interests over human rights and its willingness to attack their citizens’ freedom of association, expression, and peaceful assembly.”

In addition to the eight men detained in 2019, a judge will soon decide whether five others, whose cases were originally dismissed, must also await trial in prison or at home. The accused men deny charges of arson and illegal detention of the mine’s security chief.

Leonel George, 41, a human rights defender supporting the Guapinol community facing pre-trial detention, said “They want to lock us up to scare the community and weaken the resistance.”

The mine company did not respond to specific allegations, but in an email said: “Inversiones Los Pinares is a serious, responsible company that respects human and environmental rights, and complies with all laws, regulations and operating standards … we have generated development, economic impulse, help with social works for communities and all our processes are environmentally responsible.”