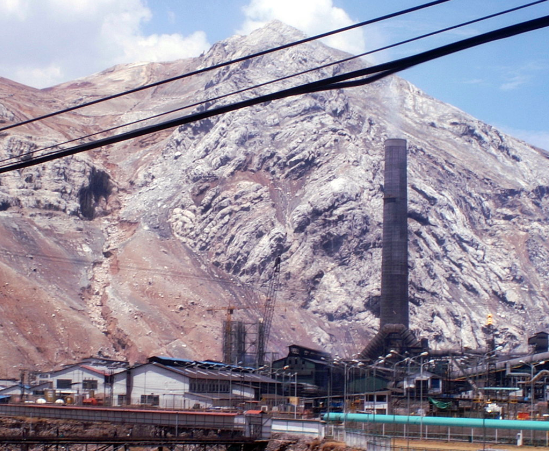 Any future government that’s concerned about environmental and human rights issues will have to rein in mining companies operating abroad.
Walter Aduviri knows better than anyone what pushing back against Canadian corporate interests can do. In 2011, Aduviri, an Indigenous Aymara leader from Peru’s Puno region, helped lead a protest movement against a silver mine in the region operated by Bear Creek Mining, a Canadian company. The Peruvian government eventually cancelled the mining concession, but Aduviri was hounded for years by court cases brought against him by public prosecutors for the protests, until he was jailed in 2019, a year after being elected governor of Puno.

Aduviri, a supporter of Bolivian President Evo Morales, was released from prison this past December through a Supreme Court ruling that suspended his sentence. However, the judicial harassment he and other leaders of the Aymarazo protest movement have faced is a reminder of Canada’s leading role in the global resource extraction system that devastates environments and communities in the Global South and suppresses popular resistance through violence and coercion.

Canadian Mining Operations In Peru
Canadian mining operations in Peru go far beyond the Bear Creek corporation. The government of Canada estimates that in 2018, Canadian foreign direct investment in Peru totalled $14.2 billion, with most of that being in extractive and financial industries. In 2018, there was $56.6 billion in Canadian mining assets across South America. Almost half of the world’s public mining corporations are traded through the Toronto Stock Exchange. In short, mining is a huge business for Canada, and it’s driven by exploitation and abuse.

The Santa Ana project, as Bear Creek’s operation was called, was intended to be an 11-year-long open-pit silver mine in southern Puno. Residents of the region were concerned about the environmental risk of the mine, including to Lake Titicaca, which lies on Puno’s border with Bolivia and serves as an important source of water and economic activity for the local population.

As president of the Front for the Defense of Natural Resources in the South Zone of Puno, Aduviri made requests for dialogue with the government to address these concerns, but was ignored. Protesters began sit-ins and other actions, and were accused of starting fires and confrontations with police, a charge Aduviri denies.

The Aymarazo movement is just one of many examples of resistance to Canadian mining projects in Peru in recent years. In 2018, thousands of people in the district of Huayllay in central Peru protested for a month against a mine operated by Pan American Silver, a Canadian company. The residents demanded compensation for the environmental and economic damage caused by tailings spills and unauthorized use of their lands by the mine.

Another Pan American Silver operation, located in northern Peru, has been the source of even more conflict. Construction of the Shahuindo gold mine in Cajamarca started in 2015, after it was acquired by Tahoe Resources, another Canadian mining company. Pan American Silver acquired the mine when it bought Tahoe in 2019.

Locals, concerned about the environmental and health risks of the mine, began regular protests and strikes in 2013 while the project was still in planning, leading to conflicts with the police. In January 2018, Tahoe denied claims from local activists and government officials that heavy rains had caused water from a cyanide leaching pit to flood local communities and contaminate homes and farmland. Environmental authorities recommended an evacuation but were unable to confirm the specifics of the contamination because Tahoe wouldn’t let them inspect their site.

Earlier that month, environmental NGO Grufides reported that around 100 armed men attacked the local peasant community, wounding five people. The community alleged that Tahoe was behind the attack, and that it was an attempt to scare them off the land in order for the company to take control.

These cases are a stark reflection of the Canadian state’s methods here at home when faced with Indigenous people defending their land rights and the environment. The Wet’suwet’en blockades were met with armed RCMP units, whose job was not to protect anyone from danger, but to help the oil and gas industry push a pipeline through native land.

Across the continent and around the world, as resistance to extractivism and environmental destruction grows, states and corporations meet that resistance with violence. They can just get away with it more easily in the Global South, where people in Canada, the United States and Europe won’t pay attention.

Canada Needs To End These Abuses
With abuses by the mining industry being a regular occurrence in Peru, what makes Aduviri’s case unique is that a high-ranking political figure was jailed. The situation has gained some international attention, with several European parliamentarians joining the World Organisation Against Torture in calling for Aduviri’s release, alongside other imprisoned land and human rights defenders around the world.

His cause was also taken up by many on the left in Peru. In 2018, now-President of Congress Mirtha Vásquez of the socialist Broad Front wrote about Aduviri in the context of the criminalization of anti-extractivism across the country. The focus of these critiques has been on the Peruvian state, but Canada is complicit too, and there’s a pressing need to reign in these abuses abroad.

We’re starting to make steps in that direction. In 2017, a British Columbia appeals court ruled that Tahoe Resources could be sued in a Canadian court by Guatemalan plaintiffs who alleged the company’s private security were guilty of negligence and battery when they attacked and injured peaceful protesters at a mine operated by a subsidiary of the company in Guatemala in 2013. Tahoe was unsuccessful in their argument that the case should be heard in Guatemala, with the court agreeing with the plaintiffs that they would be unlikely to get a fair trial there.

In July 2019, after all their appeals had been exhausted, Pan American Silver settled with the plaintiffs, apologizing for the injuries and coming to a confidential agreement. If courts in Canada continue to hear cases relating to abuses from Canadian companies overseas, it would be a start, but far from enough. It’s expensive to fight a court case, never mind against a multi-million dollar company, and if you’re an Andean peasant community that kind of redress can be out of reach.

Change certainly won’t be coming from Prime Minister Justin Trudeau’s government, whose hypocrisy on the environment and Indigenous sovereignty is well-established. Any moves they’ve made toward accountability have been halfhearted.

The Canada Ombudsperson for Responsible Enterprise (CORE), set up to address complaints about abuses by Canadian corporations overseas, has been criticized by activists for not having any powers to actually investigate or deal with these abuses. CORE was, however, praised by the Mining Association of Canada, a lobbying group which from 2013 to 2018 had more contact with Canadian government officials than any other single organization according to a 2019 report from the Corporate Mapping Project.

Any future Canadian government that’s seriously concerned about environmental and human rights issues will have to do more to reign in mining companies operating abroad. Harsher penalties and easier pathways to prosecution of these companies are required, and Canada needs to work with other governments to ensure that local communities are listened to, rather than attacked, when they have concerns about projects on their land.

In Puno, the struggle will continue. Aduviri is currently working to be reinstated as regional governor and has a promising career ahead of him. The progressive movement in Canada must also start to look more critically at issues of resource extraction, and pressure our political leaders to take the steps toward a more sustainable and equitable role in the world for our country.