Social Organizations demand compliance with the Prohibition of Metal Mining 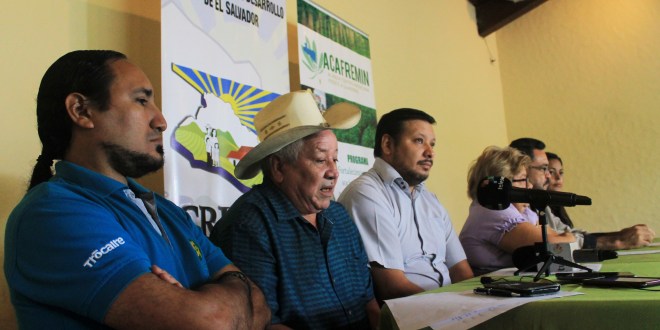 "Two years after the Law on the Prohibition of Metal Mining was passed, its application is yet to be implemented," expressed Rodolfo Calles from CRIPDES / ACAFREMIN. Along with a group of environmental organizations, Calles demanded the government of President Nayib Bukele, to resume actions in this matter and give protection to the population affected by the metal mining industry.

Among the specific requests of the organizations, UNES, ADES, CRIPDES and ACAFREMIN, there is the allocation of sufficient economic resources to execute various actions related to mine closures and for transforming the economic activities of artisanal miners (güiriceros). Finally, the organizations requested the drafting of regulations to apply the Law of Prohibition of Metallic Mining through different government institutions.

The anti-mining struggle in El Salvador has a rich history. The initiative started from non-governmental organizations and communities that led a twelve-year struggle of peaceful resistance against one of the most polluting and conflictive industries known on the planet. On October 14, 2016, after seven years of litigation at the International Center for the Settlement of Investment Disputes (ICSID), connected to the World Bank (WB), the Salvadoran State beat the lawsuit for 250 million dollars that Canadian based OceanaGold mining(formerly Pacific Rim) claimed for not obtaining the exploitation permit at the El Dorado mine, in San Isidro, Cabañas.

These events allowed the Legislative Assembly, in March 2017, to unanimously pass the prohibition of metal mining in the national territory. Yet, the technical and legal instruments for its thorough implementation are still lacking, Calles explained.

“We regret that proper mine closures are not being carried out. We as ACAFREMIN have contributed elements to carry out these actions. Similarly, the National Roundtable against Mining is also contributing towards this objective. But the Government has failed on its responsibility to implement remediation as established by environmental norms and by the Law on Prohibition of Metal Mining. This is important because there are between thirteen to fifteen mines that have not been adequately closed,” Calles said.

Likewise, the representatives of the organizations asked upgrading the Law of Prohibition of Metal Mining to constitutional rank, to ensure any subsequent attempt to reform or repeal this legal framework at the pressure of “foreign investment” in the country is not successful.

Luis González from UNES declared that there is still a “mining threat” in the national territory, and that there is a possibility to manipulate or repeal the Law on Prohibition of Metal Mining for economic returns, which eventually will only fill the pocket of investors while affecting the majorities in the communities.

“As long as there is gold in the country, there will be a threat of mining exploitation, because the law that banned it can easily be repealed. It is urgent to us, therefore, to comply with the mission to implement it. We are very concerned about the declaration of officials with the new Government on foreign investments that may affect the environment. We have many laws, such as the Forestry Law and the Sewage Law, that is not fully applied, or implemented, or monitored,” González concluded.

In San Isidro, Cabañas, the population was affected by the incursion of mining explorations. Miguel Rivera, brother of murdered activist Marcelo Rivera, said that Pacific Rim left a legacy of violence, threats and a breakdown of social cohesion after the murder of environmental defenders and community leaders such as Marcelo, disappeared and murdered in June 2009; Dora Sorto, murdered on December 26, and Ramiro Rivera, murdered on December 20, 2009.

“On repeated occasions we have organized different activities and presented requests to the Attorney General's Office (FGR), to open the case and resume the investigation, to clarify who were intellectual authors of the crimes. When these murders took place, we certainly did not know where these aggressions came from, but in later news, we met the famous -slaughterer- (Rodrigo Chávez Palacios) who was vice-president of Pacific Rim at the time of the murders. Given what we know now, I would say that he would have been capable to orchestrate the wave of violence towards the resistance against the Pacific Rim mining company,” said Miguel Rivera.

Finally, the demands presented by the organizations also ask that the Government, through its Foreign Ministry, should negotiate and approve a regional agreement on the issue of "shared watersheds" with Guatemala and Honduras, in order to prevent cross-border pollution caused by mining or industrial monocrop projects.